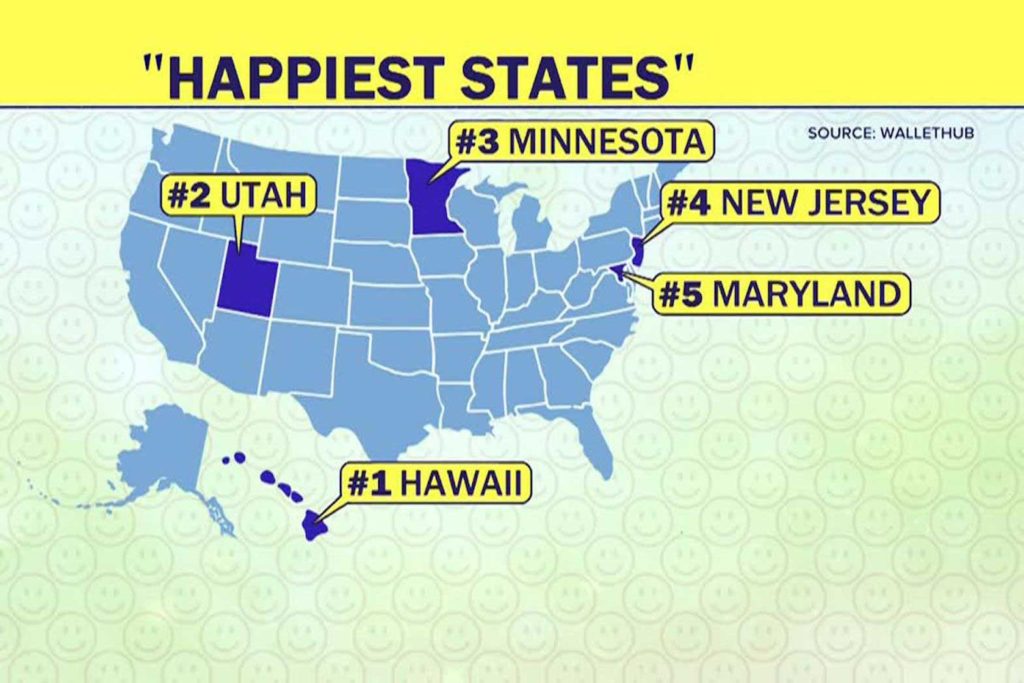 To determine where Americans have the highest satisfaction with life, WalletHub compared the 50 states across 32 key indicators of happiness. WALLETHUB

With the COVID-19 pandemic taking a toll on Americans’ mental health, the personal-finance website Wallethub released its report on 2020’s Happiest States in America, as well as accompanying videos.

To determine where Americans have the highest satisfaction with life, WalletHub compared the 50 states across 32 key indicators of happiness. The data set ranges from the depression rate and the positive Covid-19 testing rate to income growth and the unemployment rate.

To view the full report and your state’s rank, please visit:
https://wallethub.com/edu/happiest-states/6959/