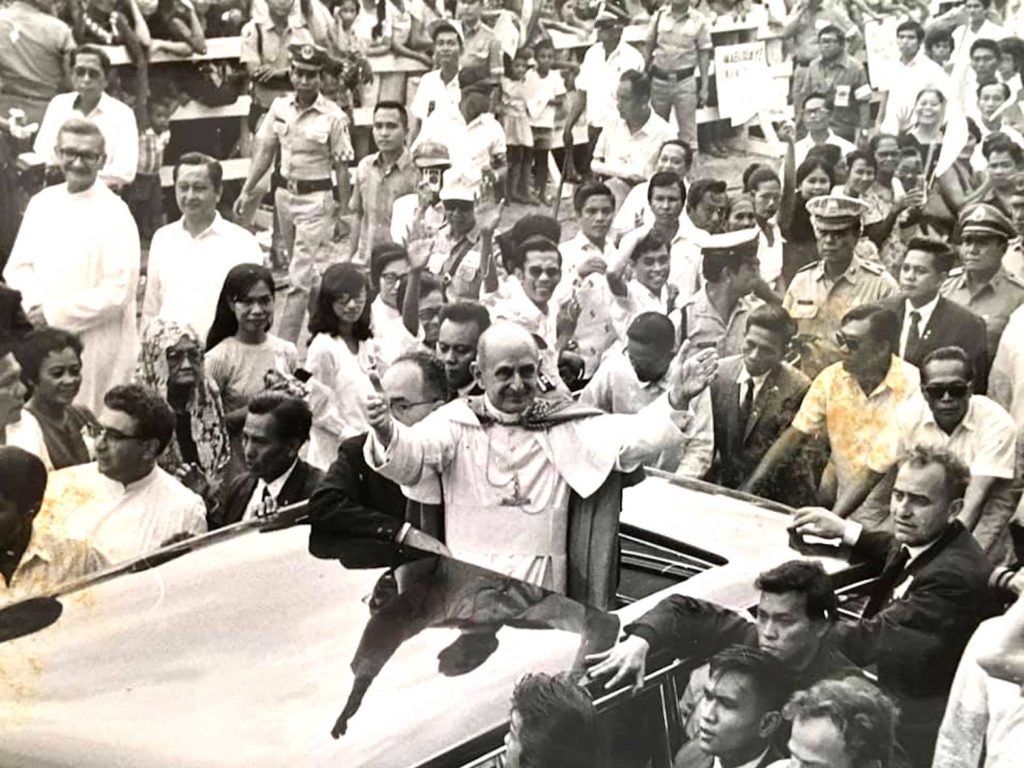 The year 2020 commemorates the golden anniversary of a first in the history of the Church in the Philippines, that is, the first pontifical visit to “one of the most noble and great Catholic nations in the world.”

Fifty years ago, the misunderstood Pope of the Vatican Council II and Humanae Vitae (1968), Paul VI, now a canonized Saint, came in November 1970. He came like a silver lining of a dark cloud, giving hope to thousands of victims after Typhoon Yoling devastated the islands, much like Pope Francis’ visit in 2015 was after Typhoon Yolanda.

“I Paul, the successor of Saint Peter, charged with the pastoral mission for the whole Church,” came from Rome to this far-distant land to proclaim Christ to the Filipino nation, the Holy Father proclaimed during the Quezon Circle Mass on November 29, 1970.

First and foremost, he was concerned with the nourishment of the souls, cura animarum, which is the fundamental mission of every Vicar of Christ. In addition, he was also seriously concerned with the total development of every Filipino, particularly the less privileged. Why do I say this?

A couple of hours before he flew to Australia, he spent one Sunday afternoon wading through the muddy slums of Tondo. Although not part of the original papal itinerary, Paul VI paid a family visit to Carlos Navarro, his wife and eight children, and prayed with them.

How could we forget the saint, powerful yet prayerful, who entered their 5-feet-long-by-9-feet-wide shanty, located in a dumpsite outside the Don Bosco Training Center in Tondo, Manila, touching them in the head and blessing them?

The Vicar of Christ was not just bringing the good news of salvation but the hope of liberation for the poor, much like the One who sent him: “The Spirit of the Lord is upon me, because He has anointed me to proclaim good news to the poor” (Luke 4:18).

During the Marcos regime, the wala-nawala-binalewala (last-lost-least) sector was becoming the bleeding heart of Philippine society, wounded by the deadly spear of social inequality. The poor became poorer and the rich richer as the guilty ones declared free, while the innocent languished in detention or summarily executed. 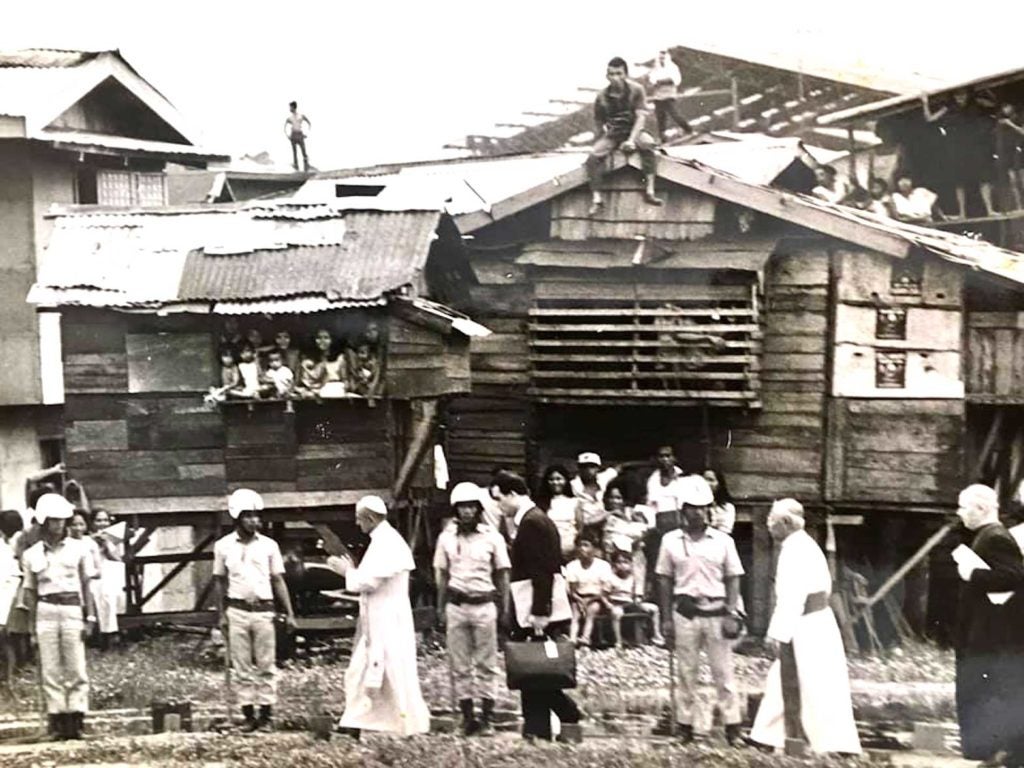 On the streets across the urban centers, more and more Filipinos slept the night with empty stomachs. Countless men and women were ravished by physical hunger, and countless children were undernourished, so that many of them dying in infancy. Many provinces, particularly in the Visayas and Mindanao, were condemned to underdevelopment, depression, and despondency.

It’s beyond external gestures. Like those of John XXIII, John Paul II, and Pope Francis, Paul VI’s heart was dedicated to the less privileged. If you slice their hearts into two, you’d find nothing there except God and the welfare of les miserables and los pobres!

The saintly Pontiff renounced the regal splendor of the papacy and then personally embraced the life of poverty. He ditched the triple tiara one year after his coronation in 1963, sold it to a group of American Catholics for $1 million and the money went to Mother Teresa of Calcutta. Today, the tiara is housed at the Basilica of the National Shrine of the Immaculate Conception in Washington, D.C.

In 1965, after his remarkable speech in New York, Paul VI gave to the United Nations two pieces of personal jewelry, an 8-carat gold pectoral cross and platinum ring with more than 75 carats of diamonds, full of hope that the proceeds from their sale ($1.9 million) at auction would contribute to the UN’s efforts to end human suffering.

Paul VI turned out to be a guiding star in the Catholic firmament, a Pontiff of amazing charity who blazed the trail in order to reach out to the poor, thus showing to the world the beautiful Face of God.

Jose Mario Bautista Maximiano (facebook.com/josemario.maximiano) is the author of MDXXI: 500 YEARS ROMAN CATHOLIC (Claretian, 2020) and THE CHURCH CAN HANDLE THE TRUTH (Claretian, 2017).